I Know A Guy Renovations

Get To Know A Christy!

Welcome to our latest series!

Get To Know A Guy!

Next up, Co-Owner and People Person, Christy Switzer!

So this is where is gets interesting because Christy handles the website and social media, and she’s done the writing for this series thus far.  So she’s handed things over to me, Jesse Switzer, to ask her some rapid fire questions. Thank goodness for spellcheck. 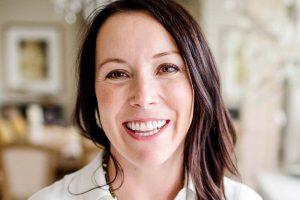 Jesse: What was your first job?
Christy: Working in the darkroom at my parent’s print shop. I was terrible at it.

Jesse: What is your favorite joke?
Christy: I have a knock-knock joke about an interrupting cow that kills every time.

Jesse: Yep, I can vouch.  What do love most about what you do?
Christy: The freedom.  Freedom to create and grow the business based on my values, and freedom to carve out my own schedule.

Jesse: The freedom to be drinking a margarita in your jammies while we do this interview, I get it.  When you were a kid, what did you want to be when you grew up?
Christy: A server. Seriously.

Jesse: So you completed your entire childhood bucket list by age 17. Next question, what’s your favourite quote?
Christy: “From a distance almost everything is funny”.  It’s from that video I love about staying above the line.

Jesse: What is your favorite summer activity?
Christy: Taking the camper-van out with our beautiful family.

Jesse: How would your friends describe you?
Christy: Happy. Game for any….

Freedom to create and grow the business based on my values, and freedom to carve out my own schedule.

Jesse: MOOOO!
Christy: The interrupting cow! Hilarious. Except now everyone knows the punchline.

Jesse: #beardblushing. One word to describe I Know A Guy?
Christy: Tenacious.

Jesse:  Will you marry me?
Christy: Done and done babe.

**Does this series look familiar? We revise and re-launch this series every few years…we hope you enjoy it as much as we do.

Renovating During a Pandemic. It is possible!